A number of events have taken place, around the globe, in various fields like sports, politics, films or technology etc. Many new laws have been made, business has shown an upward trend and celebrities are pleasing their fans with their performances.The world is changing 24/7 and our media is faced with greater challenges, to keep the public informed with all the latest and hot topics.

Some significant events have taken place which have become the topic of discussion on the news and media. For those who have missed major events below is a brief recap of all that happened this week.

Prince Charles wrote a letter to Nancy Reagan and revealed that his marriage to Princess Diana, was a Greek tragedy.

The Mummy Reboot featuring Tom Cruise has been released in all the theaters nearby.

Indian batsman Sachin Tendulkar recently revealed the sledging incident with Glenn McGrath and why did he take on him. Also there were news of J. Ostapenko defeating Simona Halep in the French Open 2017 final.

NASA recently selected an Indian-American among 18,353 seekers who applied for the selection.

A tragic church bus crash ended a student’s mission trip before it started. 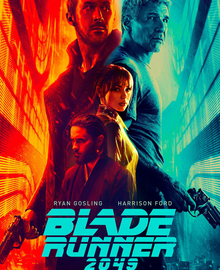