At the age of 18, Duncan Meerding developed hereditary optic neuropathy which left him with a measly 5 percent of his vision. However, fortunately the condition hasn’t hindered his artistic ventures as he has developed an ingenious method of recycling old logs into majestic lighting structures.

Meerding’s inspiration came from materials he had sourced locally in his native Hobart, Tasmania. Speaking to ABC he said the operation was “fairly materials driven. I had a piece of a walnut that was from an arborist… it had some cracks in it which made it difficult to utilise it for other designs” 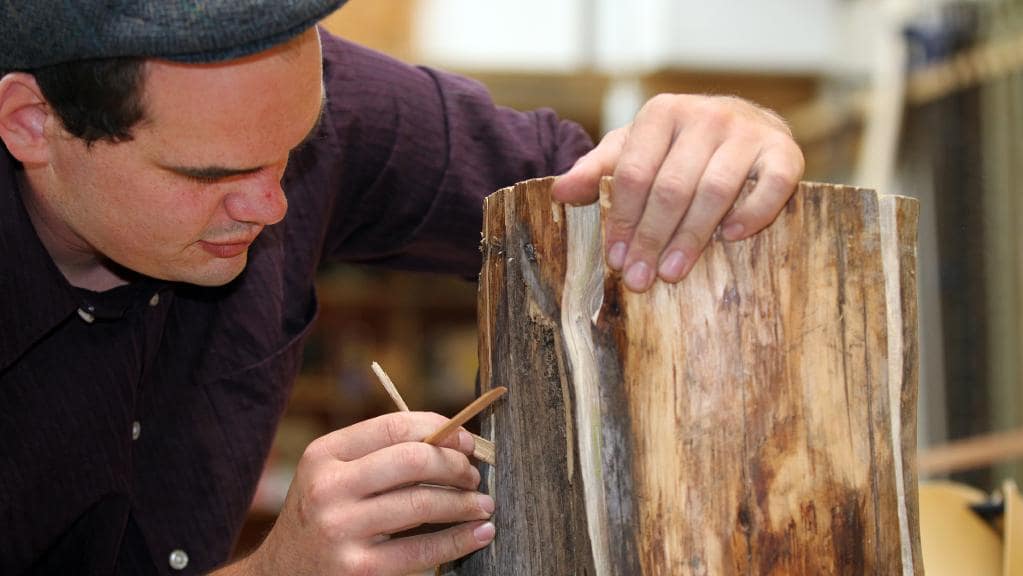 “I thought it’s got quite a nice grain, especially at the end and I wonder what it would look like with some lights in it”

Due to his condition, Meerding is forced to collaborate with other designers in order for him to reach his desired effect, he claims “I really think there’s some talented designers in Tasmania, just in the workshop we’re in, there’s a bunch of designers that all make hand-made products and we’ll try and get things made within Tasmania”

In terms of his materials Meerding he uses, he said “they’re all a bit different because of the species” of the log. Meaning the logs dimensions and the nature of the structure of the wood all differ, which gives a beautiful and unique variation to each of the finished products.

His condition allows for another difference within his creative process. Due to the nature of his affliction, he cannot work with his hands, however for Meerding the design process has been somewhat reversed: “[With] these lights I had another furniture designer come in and help me draw up my idea from what I’d made as a model then got it made… The cool thing about this profession is that I’m learning all the time and learning different ways of making things.” 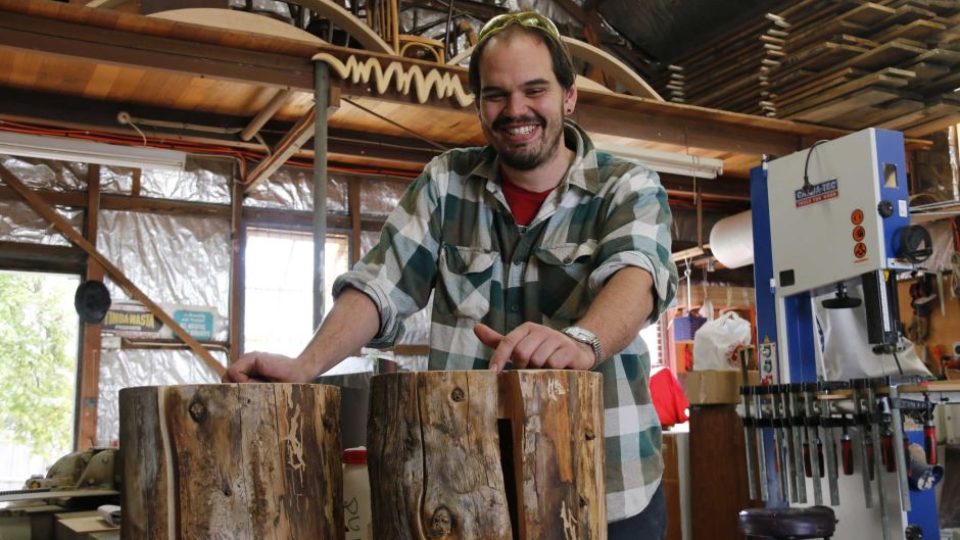 Although his works with cracked logs have drawn much attention to his work as a designer, Meerding has ventured outside of woodwork, utilising metal materials as well. He has worked on pendant box lights that spiral 180 degrees.

Seemingly it appears that his condition has not hindered him in the slightest. And considering he often spends time rock climbing in his spare time, he proves that no matter what hand you are dealt, you can still do what you love.