The technique can be traced back to at least the 1600s and is most synonymous with the famous Japanese paper crane. 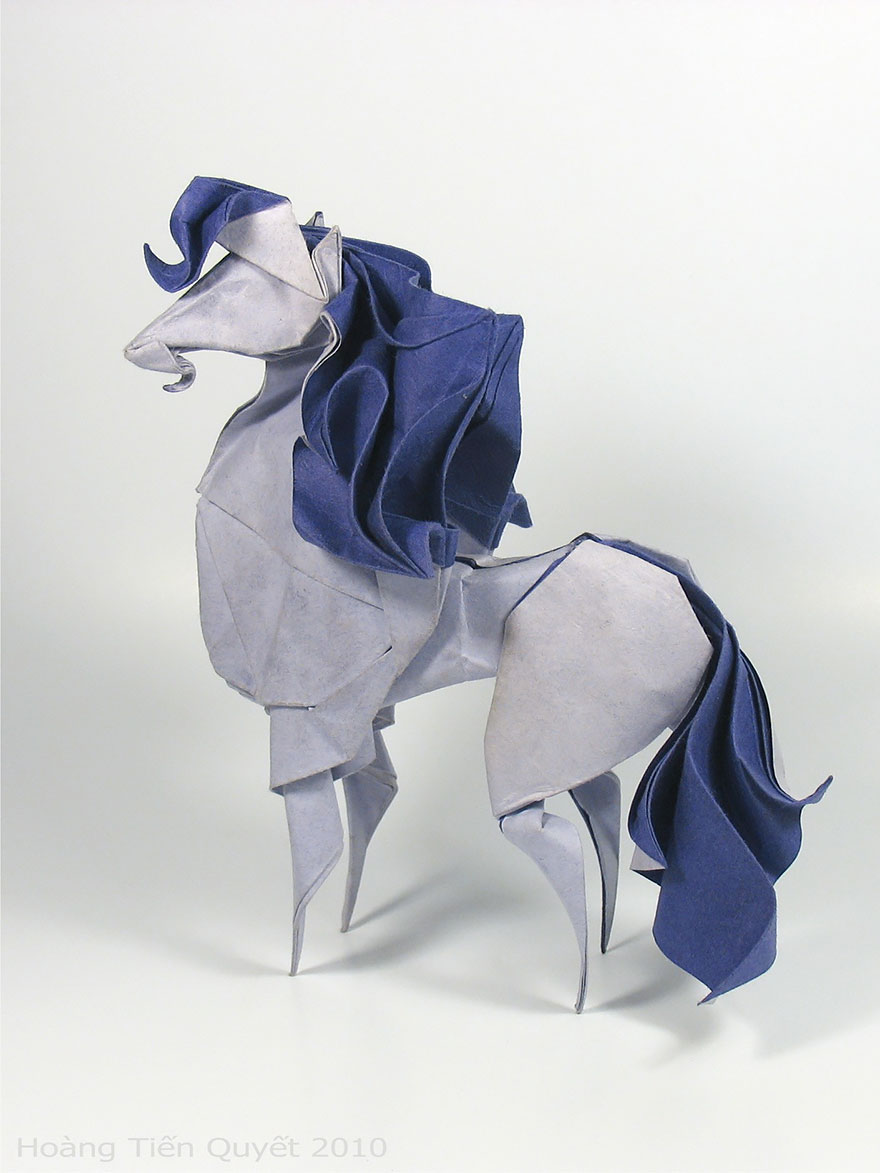 As with any other form of artistic endeavour, there are numerous techniques involved in origami and there are also numerous masters of those techniques and Hoàng Tiến Quyết is exactly what most people would consider a master. Born in 1988 Vietnamese Quyết’s love for folding origami began as recent as the 1990s. More recently however, he has gone on to co-author two books, “50 Hours Origmai +” and “VOG2 – origmiai.vn” both published under Passion Origami. In addition his literary ventures, Quyết has also began to develop his own specific techniques for certain forms of folding which have seen him invited to numerous professional international origami conventions, including those in Germany, France, Italy and of course Japan. 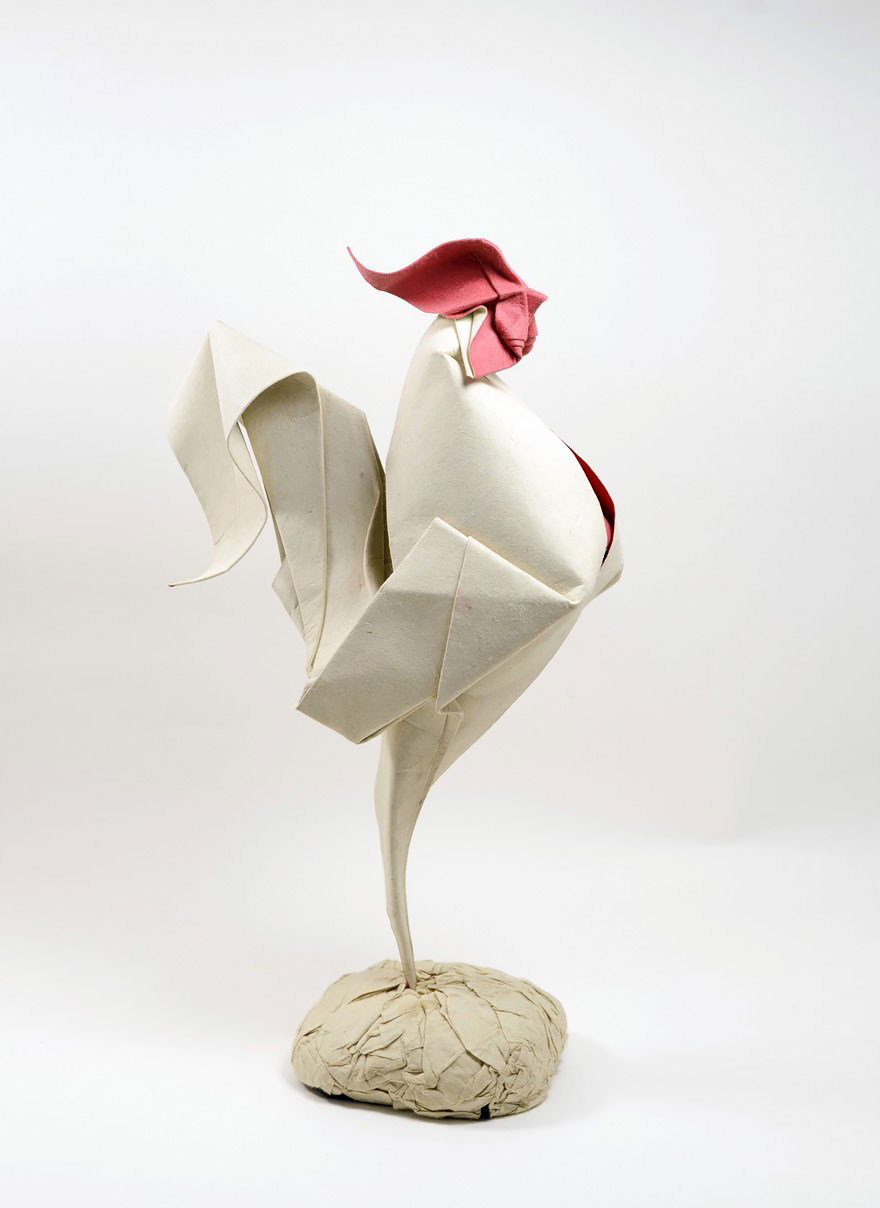 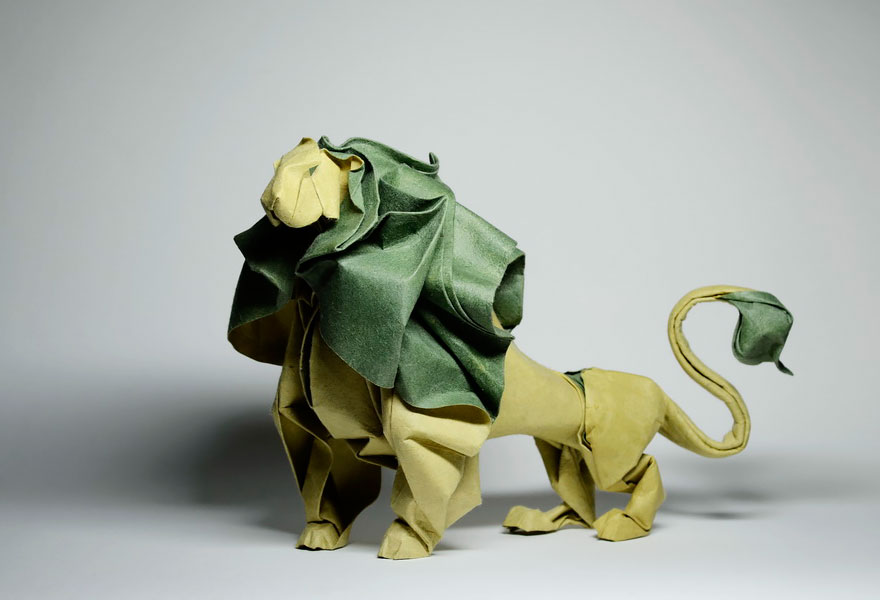 This technique, developed by an esteemed origami master Akira Yoshizawa, adds a cadence to the piece, allowing the artist to better resemble the curvature of natural subjects such as animals and plant life. 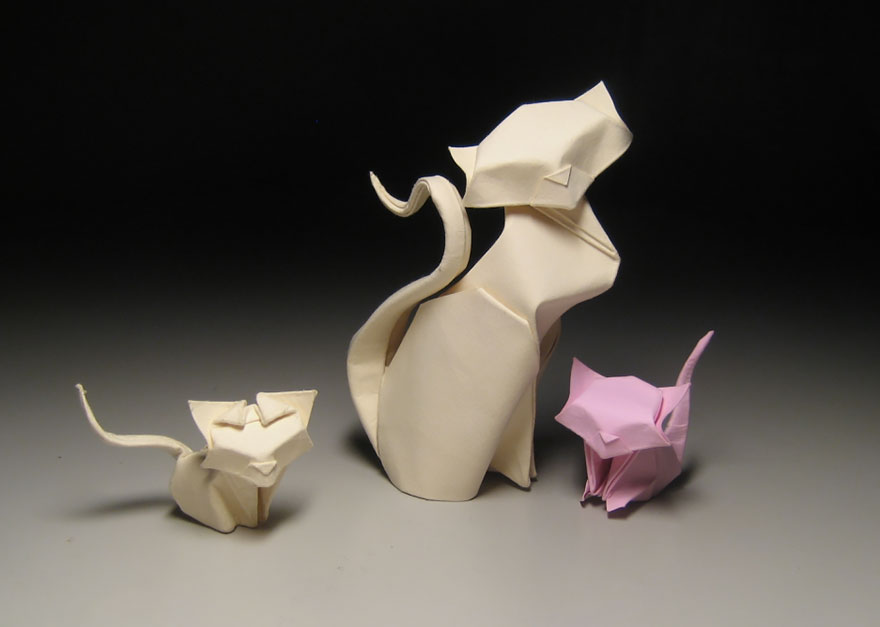 As evident in these pictures, this technique adds another dynamic element to the creative process of origami, and subsequently adds another level of difficulty. After all, just the right amount of water and time spend drying is vital for the desired effect. Use too little water and the sculpture remains rigid and unable to take the shape the artist desires. While equally, use too much and the paper remains unable to remain in its desired shape and the painstaking process must be restarted. 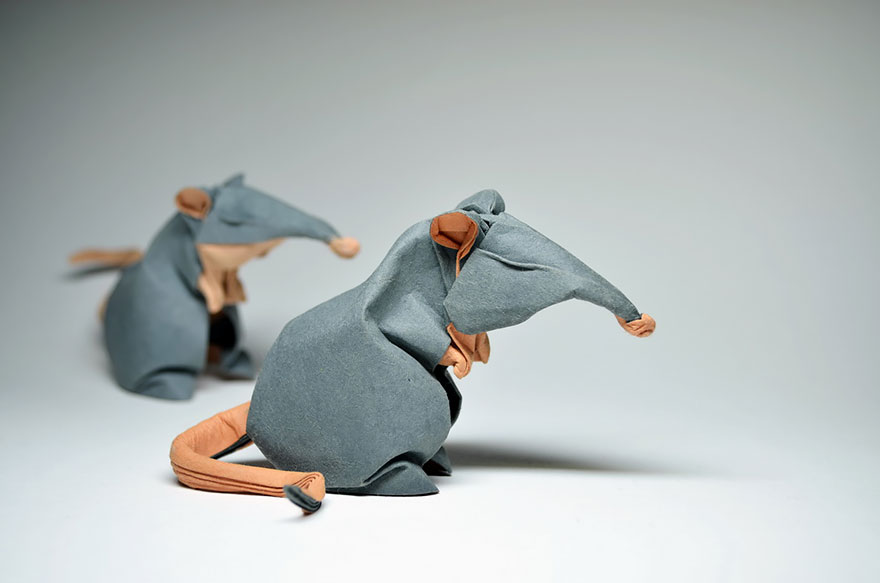 Naturally, this technique does exactly as many of the other modern origami techniques do take advantage of the numerous specialised types of paper on offer while still keeping well away from the glues and the tapes which would ultimately render the process pointless.