It has been 34 years since, the postal worker Marcos Perez has been spending two hours donating his blood after every two weeks at the South Texas Blood & Tissue Center.

KENS-TV, reported that Perez has been donating platelets, an important blood component that gives him opportunity to donate more often than an average person could if he was to donate either whole blood or double red blood cells. Perez doing it to save many lives. He believes, “They might live an extra day, a year, a month, who knows. Maybe they will live forever. Don’t cost me a dime, only some time. I’m 57 and I’ve already got 100 gallons!” 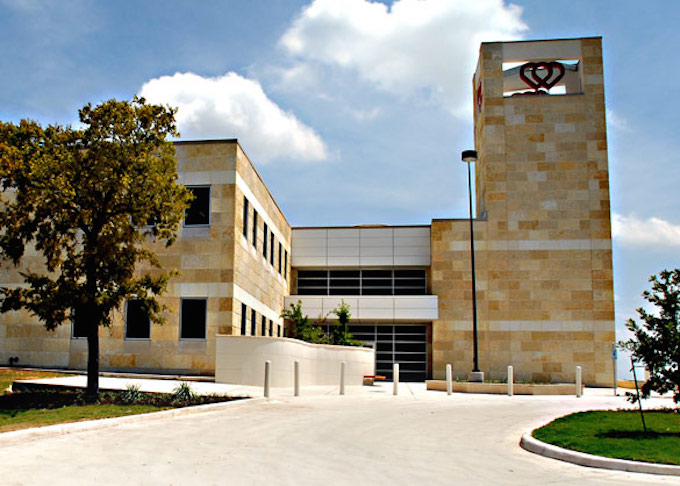 Perez says that he donates blood because he was born premature himself, and was in emergent needed of blood transfusion. “When I was growing up, my dad told me a friend of his donated blood for me,” Perez said. “His name was Mr. Aguilar. He took the time to donate, so he saved my life.” Since someone did the act of kindness by donating blood for him, he is trying to return the favor.

Perez ranks fourth in South Texas to have reached the 100-gallon mark and the milestone comes at an important time for the South Texas Blood & Tissue Center, as they have witnessed a decline in blood donations in recent times especially during the summer months. “Mr. Perez is what you’d consider an All Star for the blood community here in South Texas,” said Roger Ruiz, a corporate communications specialist for the South Texas Blood & Tissue Center (STBTC). “Mr. Perez has probably saved patients going through cancer treatments, patients who have been in car accidents, patients who have blood disorders.” 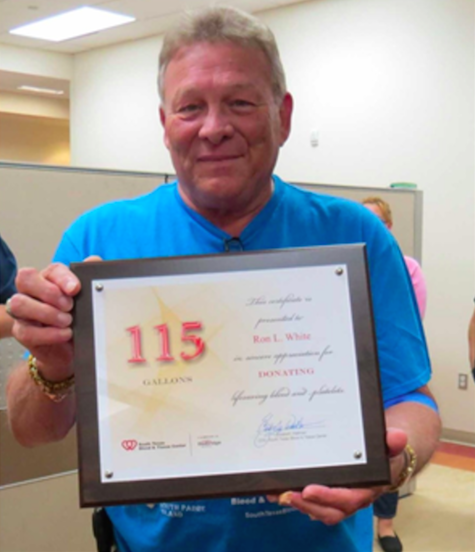 Last Wednesday, the family members and employees at STBTC were celebrating the obvious milestone achieved by Perez as he joined the rank and honour with Ron White, who donated his 115th of blood previous week.