The Trump administration had devised rules requiring ‘sanctuary cities’ to receive funding only if they help enforce various federal immigration laws. The new rules concerning Department of Justice (DOJ) enforcement grants were recently announced by Attorney General Jeff Sessions. Following the announcement, Harry Leinenweber, a U.S. District Judge, issued a nationwide preliminary injunction against the DOJ. This comes after Chicago formally sued the Trump administration because of the threat made by the DOJ to withhold funding from cities that wouldn’t comply with authorities in enforcing immigration laws. 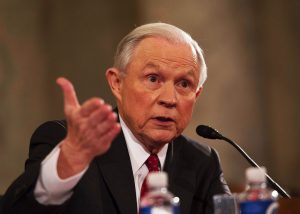 In a detailed ruling some 41 pages long, Leinenweber determined that those representing Chicago had argued well that when making the announcement about the DOJ withholding funding, he was exceeding his authority. He went on to explain that he put a stop to the DOJ’s nationwide policy because the legal problems associated with the case don’t just affect Chicago – it’s a nationwide issue.

Sessions has openly condemned sanctuary cities in saying the following: ‘So-called sanctuary policies make all of us less safe because they intentionally undermine our laws and protect illegal aliens who have committed crimes’. In his statement, he also explained how the policies adopted by sanctuary cities not only encourage illegal immigration, but also things like human trafficking, since these cities are seen as places where illegal aliens are free to live without having to obey the law.

The Trump administration had planned for cities to receive money to fund local law enforcement training and supplies only if they complied with federal law, provided 48 hours’ notice before releasing any illegal aliens wanted by the federal authorities and provided federal immigration with access to detention centres.