Most movies are quite easy to follow. They have a rather straightforward plot that has a clearly defined beginning, middle and end. There may be a few twists and turns along the way, but everything is clearly explained and easy to understand. Some movies, however, ask a lot more of the viewer. They have plots that are so intricate and complex that even the most intelligent people have trouble working out what’s going on. Here are some classic movies that people love, even though very few can tell you what they’re actually about.

Regarded as one of the best sci-fi films ever made, Blade Runner stars Harrison Ford as a cop in a dystopian Los Angeles. It’s set in a world where near-human androids work in various off-world colonies; four renegade androids have found their way back to Earth to search for their creator and Ford’s character is tasked with tracking them down and terminating them. The film is thematically complex and gets the viewer thinking about all sorts of things to do with humanity, existence and technology.

Ryan Gosling stars in this film about a troubled student who survives a car crash, but when he sees a psychiatrist tells him he’s going to kill himself in three days. The psychologist works around the clock to save the student’s life. He learns contradictory facts about the student that end up affecting his own mental state, though a breakthrough makes him think he knows exactly how to prevent the student’s apparent suicide.

Released in 1968, Stanley Kubrick’s 2001: A Space Odyssey has been hailed as a masterpiece, despite it leaving many viewers completely baffled and confused. It’s known for being incredibly puzzling due to various plot points not being fully explained and being left open to interpretation. Even today, 50 years after the film’s release, people still continue to debate about the film and make sense of all of its unanswered questions.

Hailed by critics as a masterpiece and regarded as one of the finest films of the 21st century, Mulholland Drive is about an aspiring actress who moves to LA and meets an amnesiac woman who’s recovering from a recent car accident. The film is presented in such a way that it’s open to interpretation – much has been written about what its intentions are and what it’s meant to be about.

When Inception was released back in 2010, it was widely praised for its cinematography, while fast gaining a reputation for being mind-boggling. It stars Leonardo DiCaprio as a professional thief who has the ability to enter people’s subconscious to steal their ideas and secrets. He’s been offered the chance to redeem himself for his crimes, but to do so, he has to not steal thoughts from someone, but to implant them in someone. The film is very ambitious in its plot and does an excellent job of leaving even the most intelligent of viewer completely baffled!

Donnie Darko is about a troubled teenager who has visions of a man in a bunny suit who warns him the world is going to end in 28 days and encourages him to commit various crimes. It’s one of those films that’s so complex and layered that there are all sorts of interpretations proposed by different people as to what’s actually going on and what it all supposedly means. Lauded by critics, it’s the sort of film you can watch loads of times but still end up with tons of questions about it.

Widely praised by critics, Memento is one of those films that requires you to pay attention all the time and asks you to think a lot. The premise is that the main character is unable to form new memories and has short-term memory loss every five minutes following an attack where his wife was killed. Determined to find the attackers, he uses Polaroid photos and tattoos to painstakingly track them down. Due to the nature of the plot and the way the film is structured, it’s certainly one of the more mentally challenging ones released in recent years.

This psychological thriller follows two US Marshals as they investigate the disappearance of a convicted murderess from a highly guarded mental asylum on a remote island. The plot is incredibly complex and layered, with plenty of twists and turns, plus a huge reveal at the end that makes you want to watch the whole thing again and makes the film seem even more complicated! 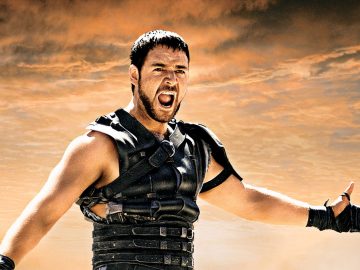