On Tuesday September 12, Donald Trump announced that the Deferred Action for Childhood Arrivals (DACA) programme would have an ‘orderly wind-down’. The programme was conceived during Barack Obama’s tenure as president as a means of giving illegal immigrants who arrived in the U.S. as children a reprieve on deportation and work permits once they reached adulthood. Trump has said that while he doesn’t favour punishing children for their parents’ actions, he believes laws should be respected. 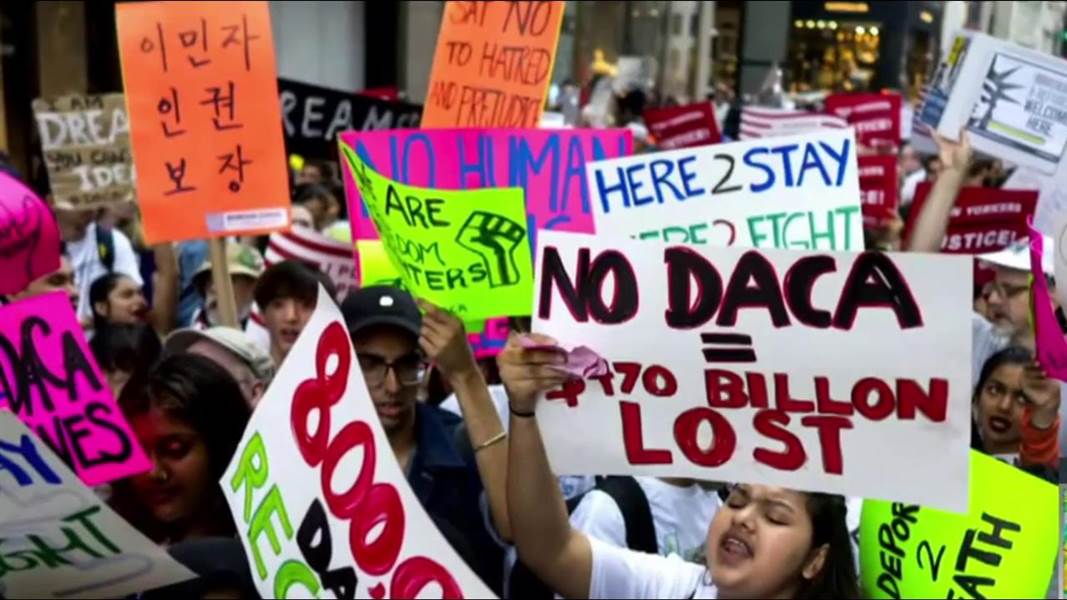 Former president Barack Obama enacted DACA in 2012. Those wanting to apply for the programme had to meet three requirements: they came to the U.S. before turning 16, they have lived continuously in the country since 2007 and they were under the age of 31 before June 15, 2012. Recipients were required to have met one of the following criteria: having a high school diploma, having GED certification, still being in school or having been honourably discharged from the media. Anyone with a criminal record was not allowed to apply for the programme. As of 2017, the programme has over 800,000 undocumented recipients; they receive work permits and deportation reprieve for two years, both of which were renewable.

Trump’s decision to end DACA has been met with praise by some and criticism by others. Those for the programme, including Apple CEO Tim Cook and Facebook co-founder Mark Zuckerberg, argue that those the programme protects are U.S.-educated and ingrained in U.S. society – they have little or no connection to the countries from which they came. Those against the programme maintain that ‘dreamers’ are ultimately illegal immigrants taking jobs away from U.S. citizens legally allowed to work in the country. Attorney General Jeff Sessions vehemently opposed the programme, calling it ‘an open-ended circumvention of immigration laws’.

Trump Puts An End To DACA Gives It 6-Month Delay